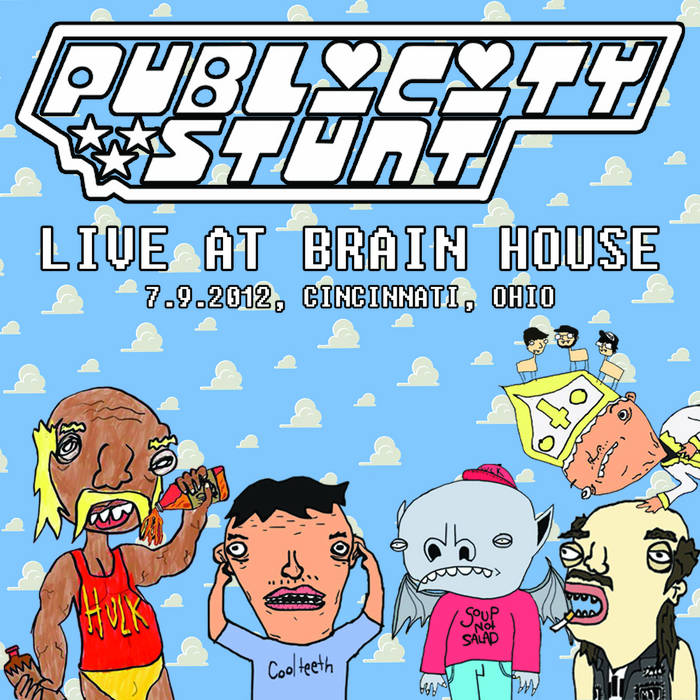 Recorded live on tape by Russell at Eyemachine Recordings, during a show at Brain House on Marshall Ave. in Cincinnati, OH on July 9th, 2012. After having broken a crash cymbal, a ride cymbal was used in its place for the rest of the band's June-July tour; here it washes out a lot of the recorded audio from the show. The last two songs (???, "Maybe Next Year") from the show were corrupted and lost to time.